ATO is Fraternity of the Year 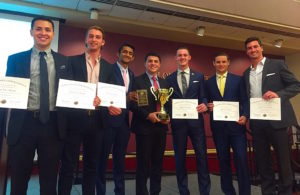 In addition to this prestigious recognition, Board of Trustees Chairman Skip Smith ’79 also won his second consecutive Chapter Advisor of the Year award. Smith received recognition locally, as well as nationally, for his unwavering dedication to Epsilon Sigma.